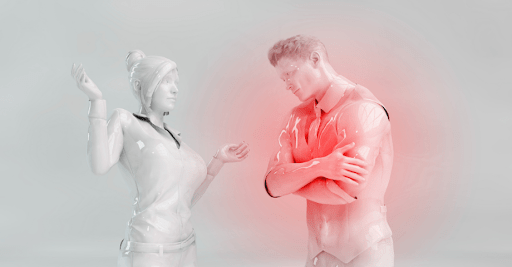 Emotional abuse is the most challenging form of abuse to identify. The goal of the abuser is to denigrate, manipulate and control their victim. Identifying symptoms is challenging because abusers are usually subtle, apologetic, and even the person being abused is often not aware that they are being abused.

The most common instances of emotional abuse occur in intimate or familial relationships such as courtship and marriage or between parents and children or other close relations, respectively.

The following are some signs that a person could be in an emotionally abusive relationship.

1) A Person is Hypercritical or Judgmental

The key to noting emotional abuse is knowing the difference between normal confrontational behavior and what is excessive. A hypercritical person doesn’t just criticize you when you are wrong; they talk you down in front of others to humiliate or break your spirit.

The abuse may be direct or characterized by sarcasm or teasing. Often the humiliations come in the form of jokes that make the victim feel bad about themselves. Also, emotional abuse is evidenced by a person who seems to have contrary opinions regarding what their victims think, say, or do.

Decisions such as what the victims wear, how they spend their money or time all attract opinions that are usually unsolicited.

2) A Relationship Where There Is No Respect For Privacy

All relationships have boundaries, no matter how close and transparent the people are. Sensitivity to these boundaries varies from person to person. The key to telling whether the relationship is abusive is seeing whether a person respects their counterparts’ consideration to be comfortable.

If, for example, a person prefers to keep their phones to themselves, anyone who insists on knowing their passcodes, reads their messages and emails and gets upset when they are denied access is emotionally abusive. This standard applies to everything else, including accessing a house or some parts of the house, personal bank accounts, etc.

3) A Relationship Where one Party is too Possessive or Controlling

This often happens in romantic relationships where the abuser wants to know their victim’s every move. Some actions that may show a person is abusively possessive include secret monitoring, frequent calls, or texts to see where the victim is and what they are doing.

The abuser gets angry when the victim engages in activities or meets up with family, friends, or other people other than themselves. An emotionally abusive person is likely to demand access to the victim’s communication, whether by phone, email, or social media.

4) A Relationship Where one Person is Manipulative

The abuser manipulates their victim to cause them to do their bidding. Some manipulative techniques include withdrawing affection as punishment for a slight committed against the abuser. Guilt-tripping the victim or vehemently denying something the victim is sure is true.

A study by Coker states that 29% of women experience emotional abuse during their lifetime. If you feel like you are a victim of emotional abuse we recommend you contact the NDWH for support.